June 1, 2018 is a red-letter day both in Russia’s and Singapore’s calendar as we celebrate the golden jubilee of diplomatic relations – an important milestone reflecting the five decades of close bilateral friendship and mutually beneficial cooperation.

In fact the links between our two countries go back beyond 1968. As the largest seaport of the Southeast Asia Singapore has always played a significant role in Russia’s trade with the region. The 1966 Trade Agreement with the USSR preceding the establishment of diplomatic relations was the first document of this kind signed by Singapore with foreign partners after the proclamation of its independence in 1965.

Over the years our bilateral communication has never been static and has passed through many dynamic shifts. What remained unchanged is the friendly nature of Russia – Singapore ties along with the joint aspiration for further advancing fruitful and broadbased collaboration.

Today our relations are indeed multifaceted and comprehensive. They encompass constructive and troublefree political dialogue, growing interaction between parliaments and law enforcement agencies, close economic and cultural cooperation. We reached a half-century milestone with a good capital of promising trade and investment projects combined with the forward-looking initiatives in the fields of innovations, science, education and tourism. 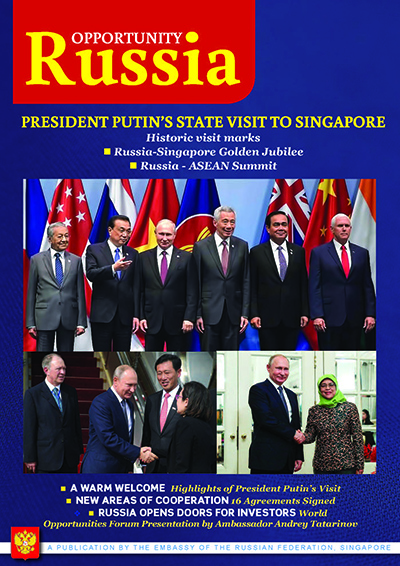