As Indonesia and Singapore celebrate 50 years of bi-laterals and 50 years f the founding of ASEAN, it is a time to ‘develop a new paradigm on ow we are going  to move forward together’, according to Indonesian ambassador to Singapore HE Ngurah Swajaya in a candid chat. The people-to-people ties between Indonesia and Singapore have played a pivotal role in this wonderful co-operation and now needs to be taken to the next level in the coming 50 years.

Singapore’s Chingay Parade is a great avenue for showcasing Indonesia’s performing arts with which Singaporeans are already well-acquainted. This

year’s parade is to feature a 300-strong team of performers from Indonesia alone!

Indonesia’s art, films and fashion are the most impactful representations of an artist’s voice about the world around him. This year, amongst the winners of the Silver Screen Awards, traditionally given away at the Singapore International Film Festival (SGIFF), were three prominent filmmakers from Indonesia. Their films represent the Indonesian film industry’s stepping away from conventional topics, opting instead to explore traditional areas such as religion, race and politics, in an off-beat way.

2017, the seventh edition of the much awaited fair. Satellite events included The Joseph Balestier Awards for the Freedom of Arts, held annually at the residence of US Ambassador to Singapore and several luncheon get togethers of the art fraternity were also par for the course, with renowned Balinese artist, Mangu Putra being hosted by gallerist Jasdeep Sandhu.

Creativity and patriotism are melded seamlessly into the iconic kebayas of fashion designer Ferry Sunarto, for whom the kebaya is not just a national dress—it’s an inspirational representation of the many sacrifices Indonesia made for its present generation.

IndoConnect would also like to thank HE Ngurah Swajaya for taking us on a tour of the Embassy that encompassed the newly renovated Showcase of Indonesian Products, the Consular section with its state-of-the-art automated queue system and dedicated facilities for the Indonesian Merchant Seamen.

The next time you are passing through Changi International Airport—do get inspired to buy something if there’s a promotion campaign on with an alluring prize in the offing. Jakarta-based Ade Iskandar Roni bought an Adidas t-shirt and became a winner of the 2016 ‘Be a Changi Millionaire’ shopping promotion! 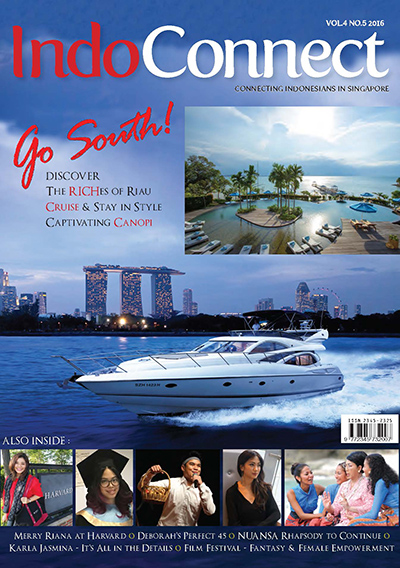 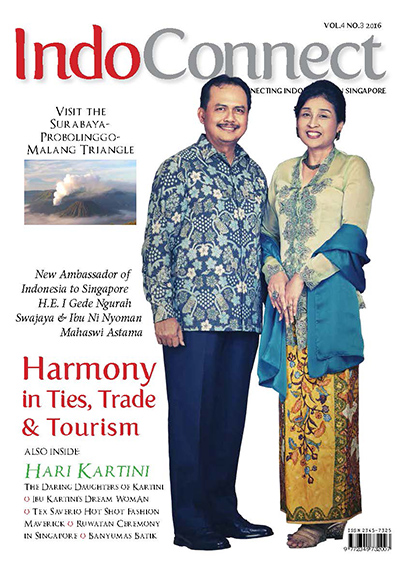 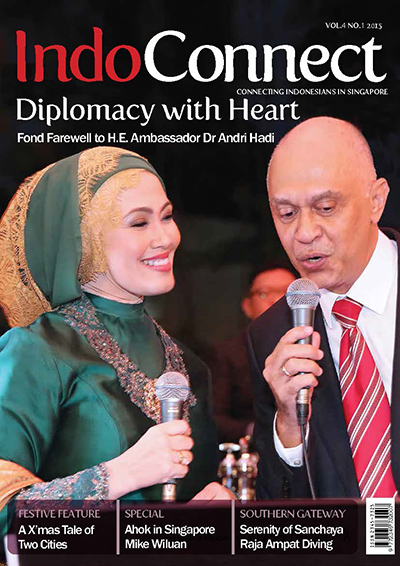 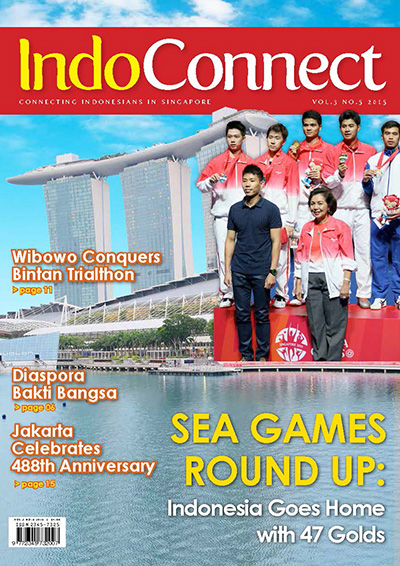 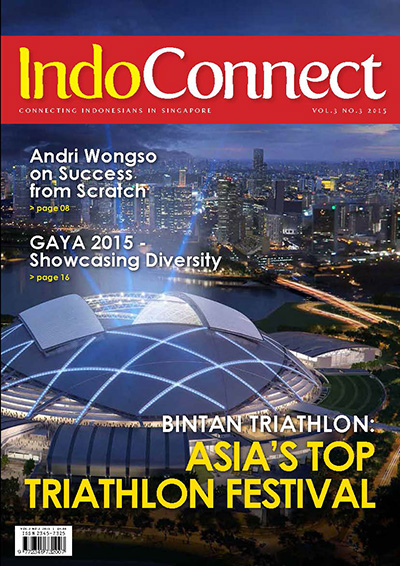 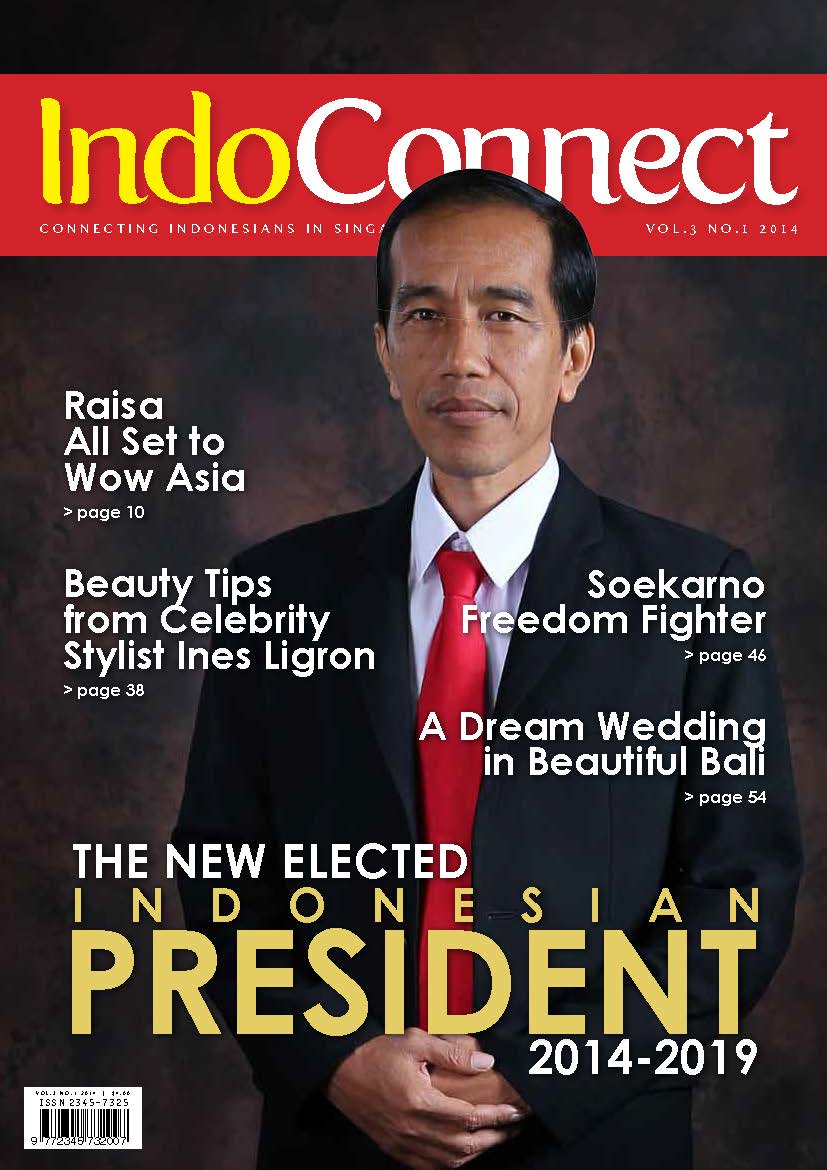 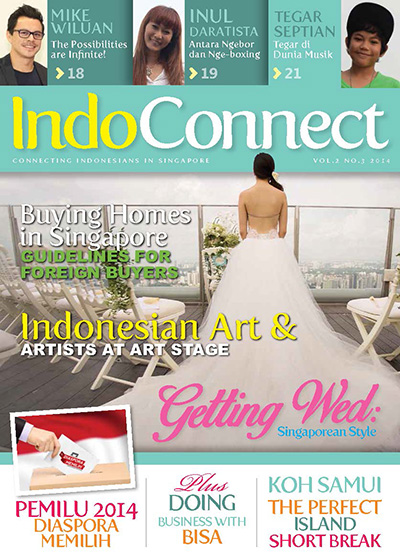 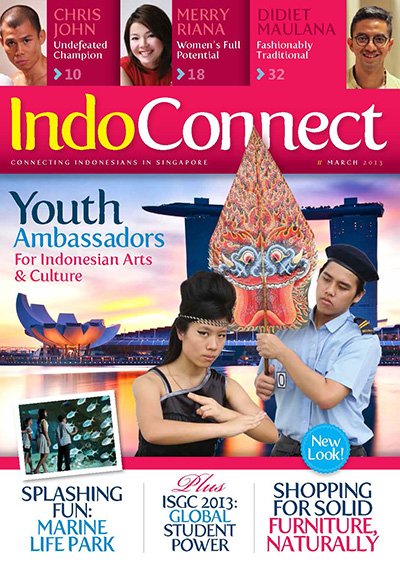 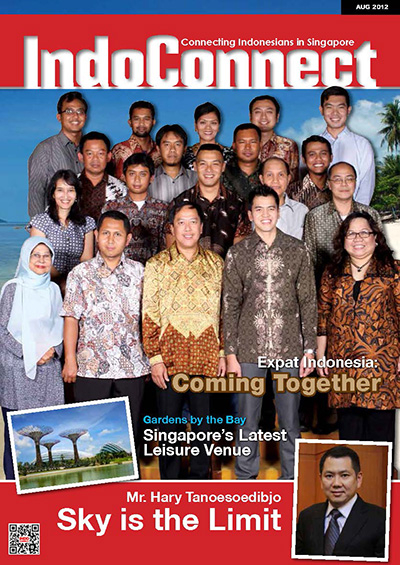 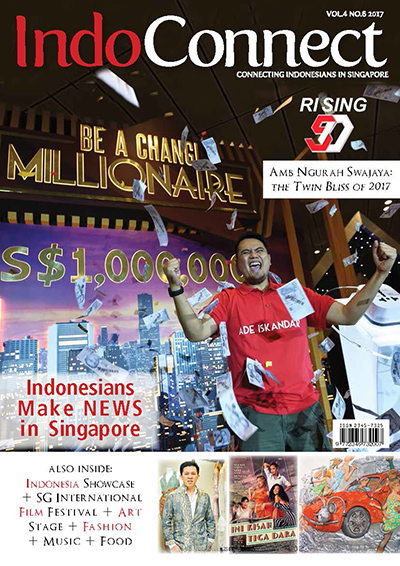 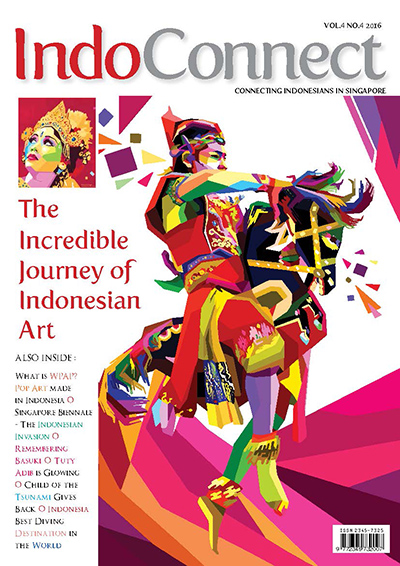 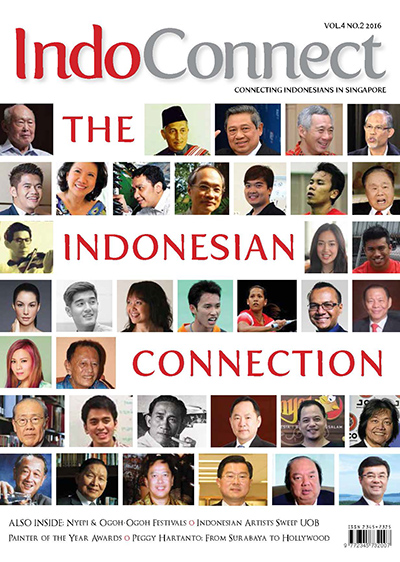 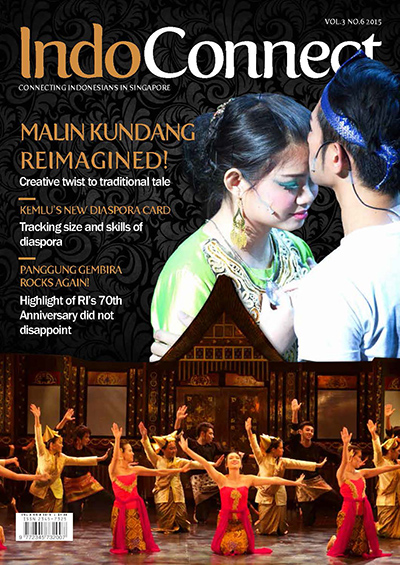 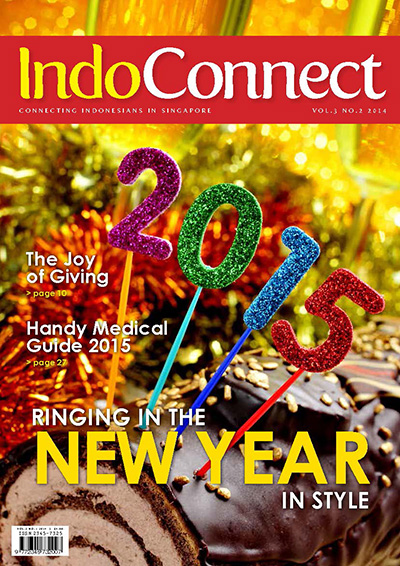 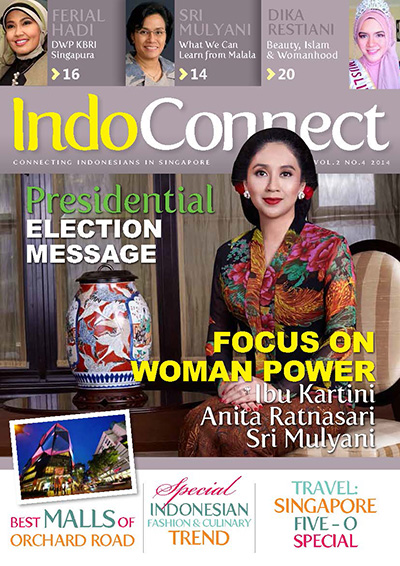 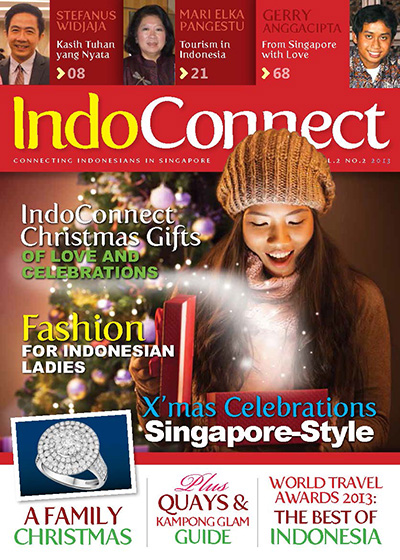 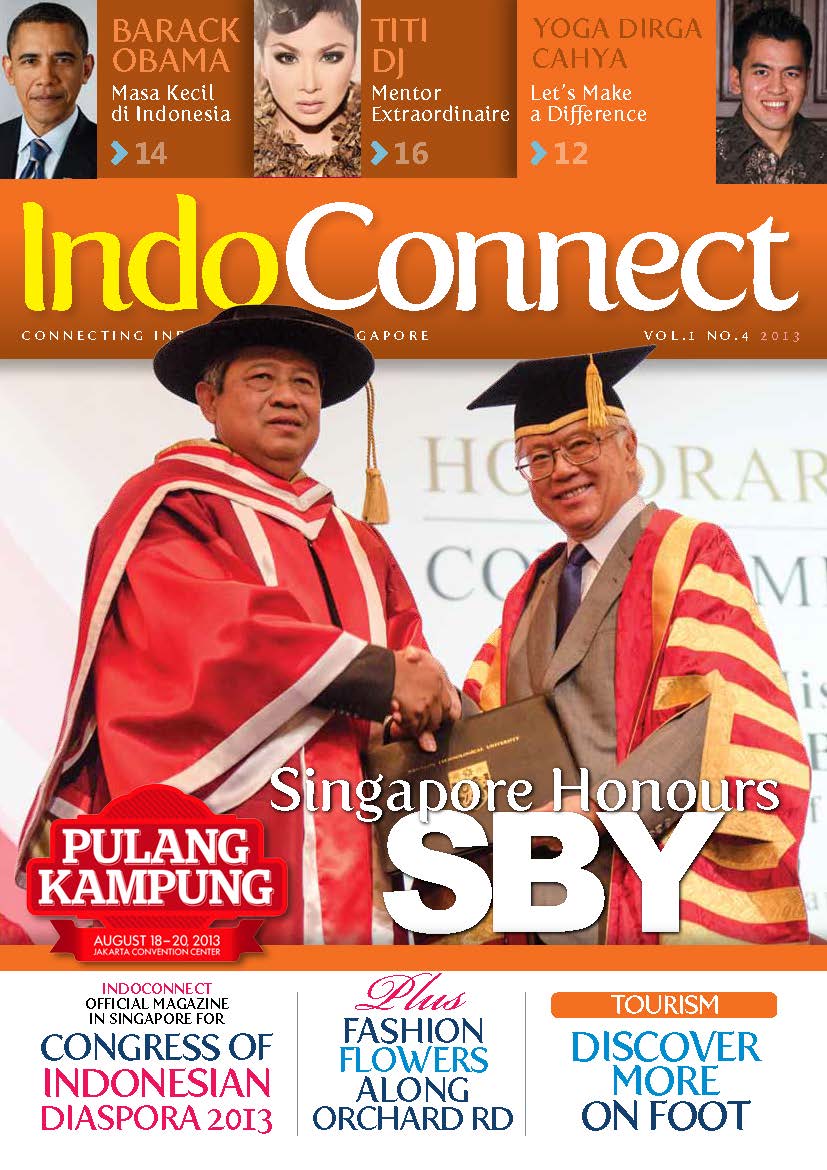 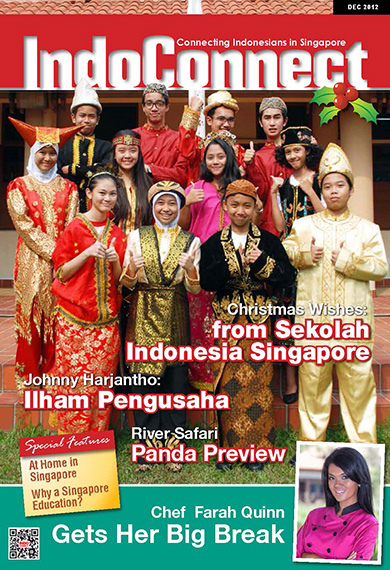 Get a digital copy of IndoConnect?