Uzbekistan – Jewel of the Silk Road

This year we commemorate the 27th Year of Independence of the Republic of Uzbekistan as well as the 21st anniversary of the establishment of diplomatic relations between Uzbekistan and Singapore.

Over the past two decades both countries have successfully established mutually beneficial and fruitful cooperation at the governmental as well as on business levels. The legal framework consists of five intergovernmental documents: Agreement on promotion and protection of investments (2003), Air service agreement (2007), Agreement on the main directions of economic and humanitarian cooperation (2007), Agreement on avoidance of double taxation and prevention of concealment of income (2008) and Agreement on mutual exemption from visa requirements for holders of diplomatic passports (2012).

Under initiatives of the President of the Republic of Uzbekistan H.E. Mr. Shavkat Mirziyoyev, since he was elected in December 2016, largescale reforms have been put in place in our country. Particularly, the Action Strategy for five priority areas of the Republic of Uzbekistan 2017 – 2021 approved by our Head of State provides inter alia for development and liberalization of the economy aimed at further strengthening macroeconomic stability, maintaining high economic growth rates and increasing the competitive advantage of the country. 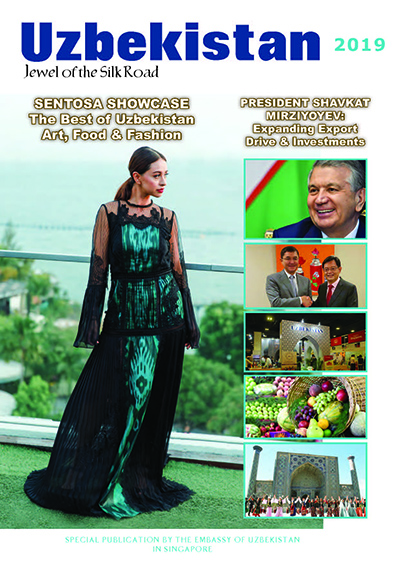